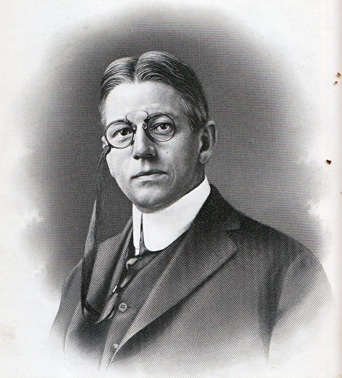 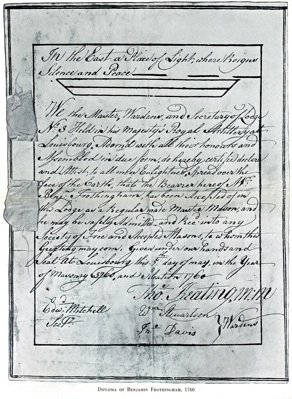 Diploma of a Brother issued at Louisbourg, May 1760 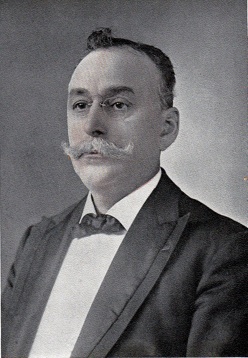 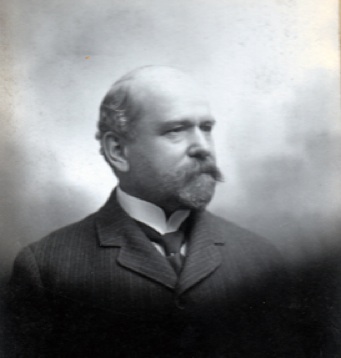 Estey, Soule
From the collection of the Grand Lodge of Masons in Massachusetts 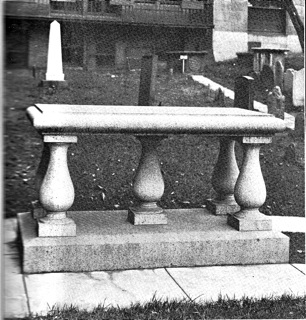 Monument to Past Grand Master Gridley, at Granary Burying Ground

A portrait of John Marshall, Past Grand Master of Virginia, appeared on the menu for the feast

FREEMASONRY IN AMERICA PRIOR TO 1750

This document is included in its entirety in the 1916 Proceedings beginning on Page 1916-308. It was also printed as a separate book. It is a summary of all recorded information about early Freemasonry, and is a further defense of the precedence of Massachusetts Grand Lodge as the "first among her equals of the Western Hemisphere."

This lecture series was originally presented in March and April of 1916 for the benefit of Massachusetts Masons, and was described at the 1915 Feast of St. John.

There were 33 districts in Massachusetts in 1916, as well as districts for Chile, China and the Canal Zone.