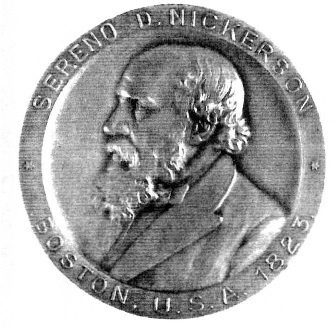 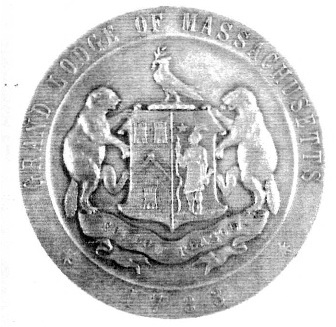 In response to an invitation from Right Worshipful Frank H. Cande, District Deputy Grand Master of the Fifteenth Masonic District, the Masons of Pittsfield and Great Barrington had the pleasure of meeting representatives of the Grand Lodge, Thursday and Friday, October 14th and 15th, and listening to the story of the progress that has been made in establishing a Masonic Home in Massachusetts. The Grand Lodge officials left Boston at 10.30 o'clock on Thursday. Most of the brethren were accompanied by their wives in compliance with a request; as it was intended that the ladies of the towns they were to visit should have part in the entertainment provided for the visitors. The Boston party was composed of Most Worshipful J. Albert Blake and Mrs. Blake; Right Worshipful Thomas W. Davis, Recording Grand Secretary, and Mrs. Davis; Right Worshipful William H. L. Odell, Past Deputy Grand Master, and Mrs. Odell; Rev. William H. H. Rider, Grand Chaplain, and Mrs. Rider: Right Worshipful George W. Storer, Past Grand Warden, and Mrs. Storer; Worshipful Harry P. Ballard, Grand Marshal, and Mrs. Ballard; Right Worshipful Charles H. Ramsay, grand treasurer; Right Worshipful Henry J. Mills, Past Grand Warden and Worshipful George W. Chester, Tyler.

It was a great disappointment to all that Grand Master Dana J. Flanders was unable to accompany the party by reason of the critical illness of a son.

Arriving at Pittsfield the party were met by Right Worshipful Frank E. Pierson, Past Grand Warden and Right Worshipful Frank H. Cande, District Deputy Grand Master of the Fifteenth District, representing the local bodies, and escorted to the "Maplewood." After refreshment the party were taken on a trolley ride which ended at the Eaton, Crane and Herbert Works where they had an opportunity of inspecting the preparation of fine writing paper for holiday and general trade, and where each lady of the party was presented with a box of elegant writing paper and envelopes as a souvenir of the visit.

In the evening the Grand Lodge officials were received in the lodge room where the brethren of Crescent and Mystic Lodges had assembled with their ladies. The members of the Grand Lodge were accorded the honors due their station and provided with seats in the East. Right Worshipful Allen T. Treadway, grand junior warden, presided and Right Worshipful Frank H. Cande officiated as master of ceremonies and introduced the speakers.

Right Worshipful Brother Davis confined his remarks mainly to the history of the charity funds in charge of the Grand Lodge, showing what part of these funds are available today for different charitable purposes. The remarks of the other speakers were all strongly in favor of an earnest and prompt effort to furnish the Grand Lodge with the means of opening the Home at an early day. At the conclusion of the speaking a box lunch was served.

Friday morning the party left Pittsfield by trolley for Stockbridge. the home of Grand Junior Warden Treadway, who met them on their arrival and conducted them to his charming and historic Red Lion Inn. A ride of thirty miles in autos was then taken through the picturesque country towns of Stockbridge and Lenox, which are unrivaled in possession of magnificent estates and beautiful country scenery. Returning to the Red Lion Inn supper was taken and then a trolley ride to Great Barrirrgton to meet the brethren of Cincinnatus Lodge. The visitors were cordially welcomed by Worshipful Master Clarence E. Culver and a reception given which included the presentation of all the brethren and their ladies to the Grand Lodge representatives.

Grand Junior Warden Treadway occupied the chair during the season of speech making. Past Grand Master Blake spoke in the same line as bis address at Pittsfield and Right Worshipful Thomas W. Davis repeated the facts relating to the Grand Charity funds. Other speakers were the same as mentioned at Pittsfield and in addition Past Grand Warden Henry J. Mills and Grand Marshal Harry P. Ballard.

At the close a lunch was served and the party returned to Stockbridge and spent the night at the Red Lion Inn.

Saturday morning the Grand Lodge officials took trolley for Pittsfield where they were met again by Right Worshipful Brother Pierson who looked after their comfort until 10.30 o'clock when their train started for Boston. Previous to the parting Brother Pierson presented each lady of the party with a small package to be opened after they left. Opening the package each was found to contain a handsome pearl handle knife as a souvenir of a delightful trip.

There is no doubt that the influence of the trip will be most helpful to the brethren of the extreme western part of the jurisdiction of the Grand Lodge of Massachusetts. It will strengthen the bonds of good fellowship and promote a feeling of unity and-oneness of interest. There is no doubt it has created a stronger sentiment in favor of immediate action for opening and sustaining the Masonic Home. Already the District Deputy Grand Master has called for five hundred blank pledges which will no doubt bring a generous addition to the Masonic Home fund.

There were 28 districts in Massachusetts in 1909, as well as districts for Chile and China.