A portrait of Past Grand Master Everett C. Benton appears in the Frontispiece. 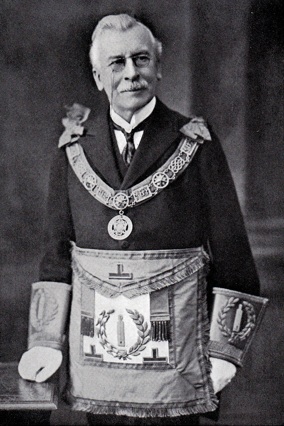 Note: The Proceedings also list the extensive visits of the Deputy Grand Master, beginning on Page 1924-593.

"We have come to the point, this very day, of deciding what our tomorrow is to be. We may, if we choose, continue as we have been going; fixing our attention upon ourselves, striving to preserve the inherited dignity of the past, making Masons in varying numbers according to the routine procedure which has never changed. This choice (and it is ours to make if we so desire) forecasts a tomorrow which is in no wise different from today except in this: There will be less justification for our place in society and some one will be compelled to pronounce an apologetic in our behalf. We cannot fail to realize that the pressure of life upon the various associations of men is constantly increasing. A developing intimacy of association produces new needs which must be met else the business of life suffers and living becomes a more difficult problem. The history of organizations shows one of two things. Either they accomodate themselves to whatever changes come, they expand their effort to meet an increase in duty or else they lapse into the oblivion which adherence to an unchanged and antiquated conventionality always brings. Now, for Freemasonry, the experience similar to that possible for any other institution awaits.

"We can, today, say that we want no change in our effort; that we will be satisfied within the compass of our present measure of endeavor. But will the time be satisfied? We owe life something and we cannot deny it. I dream rather of Masonry making the other decision, a decision to try the adventure of greater service because the need of the time is more pressing. I vision a tomorrow that shares a Masonic understanding possessed by every man who bears the Masonic title. This will be the result of the education given him, superimposed upon ritualistic instruction. I see the Fraternity equipped to care for those who are not asking alms, but only a chance to provide for their own wants. My thoughts lead me into a tomorrow whose glory is our ability to care fully for all whose hands have grown palsied with age or sickness and who, amid the competitions of life, have no refuge except within the fortress of real Masonic benevolence. The dream will come true if you say it shall. The hope of your Grand Master and those associated with him in administering the affairs of the Craft has been amply explained throughout the jurisdiction. He was asking nothing for himself but all for Freemasonry. His hope for tomorrow, his dream of Masonry's greater service with all that it demanded of the Brethren he dared to place in your hands because he had faith in the reality of the Masonic profession." 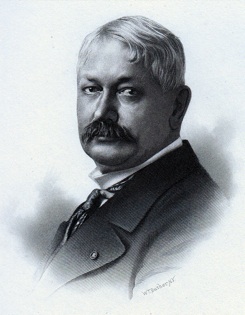 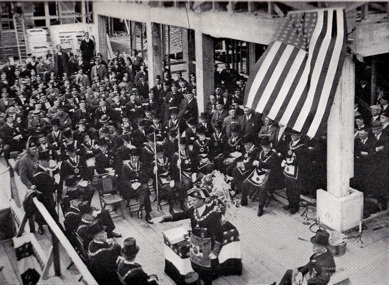 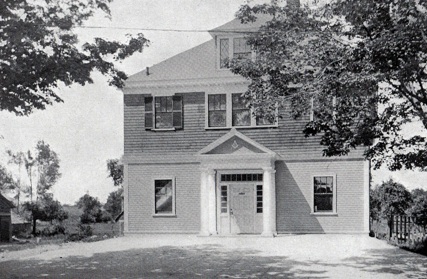 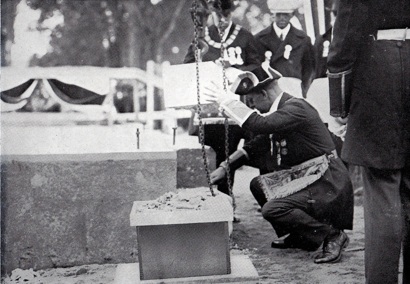 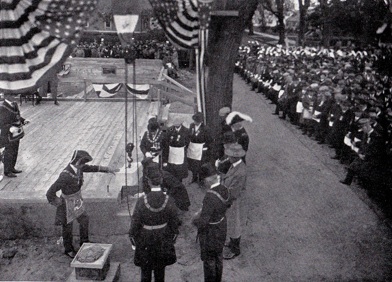 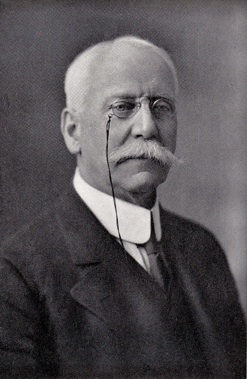 A portrait of Grand Treasurer Charles H. Ramsay appeared on the menu for the feast.

There were 33 districts in Massachusetts in 1924, as well as districts for Chile, China and the Canal Zone.