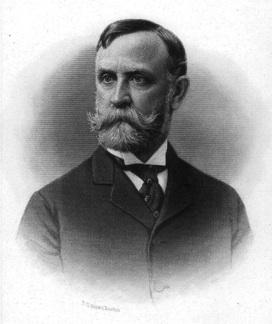 Note: This portrait appears in the frontispiece of the 1903 Proceedings.

To the Most Worshipful Grand Lodge of Ancient Free and Accepted Masons of the Commonwealth of Massachusetts:

Brethren: We, the undersigned, Master Masons in good standing and Past Masters of Symbolic Lodges under the jurisdiction of this Most Worshipful Grand Lodge, believing that Sections 21 and 22 of Part Fifth, Miscellaneous Regulations of the Constitutions of the Grand Lodge of Massachusetts, are contrary to the spirit and teachings of Ancient Craft Masonry, first, because they interfere with our moral duties and deny us the exercise and enjoyment of certain rights guaranteed at the altar of Freemasonry, such as liberty of conscience and other kindred rights; second, because they are inconsistent with the original plan of Masonry, which is clearly defined by the Constitutions, and violate the several Landmarks embodied in the Code of Laws to which every Mason must solemnly subscribe before he can become Master of a Lodge; third, because they are at variance with our solemn obligation not to countenance dissenters from the original plan of Masonry; fourth, because they destroy the sanctity of our Obligations, sacred and binding as they are, and that a compliance with their provisions compels the violation of those immutable laws and encourages a disregard of the serious and faithful discharge of the duties of a good Mason; and fifth, because it is beyond the authority of any Grand Lodge to define the status of any organization or degrees save those of Ancient Craft Masonry, namely: Entered Apprentice, Fellow-Craft, and Master Mason:

Section 21. This Grand Lodge recognizes no degrees of Masonry except those conferred by a Lodge working under a lawful charter, or warrant, issued by a regular Grand Lodge of the various States and Territories of the United States, and the lawfully constituted authorities throughout the world.

(Note: Section 21 at this time defined recognized the following organizations in Section 21: Royal Arch Chapters, Councils of Royal and Select Masters, the Grand Encampment of the United States; the Grand Commanderies; and the Supreme Councils of the Ancient and Accepted Scottish Rite in the Northern and Southern Jurisdiction. Any Mason admitted into any other order would be considered as acting un-Masonically and was liable to expulsion. Section 22 further declared that any Mason who would "confer, communicate or sell" any "so-called Masonic degree limited to Freemasons, not hereinbefore recognized or admitted" or aid in such acts would also be liable to expulsion.)

This petition was in part due to the action of the Grand Master against Saggahew Lodge in March 1901 when he forbade certain officers who had participated in the Cerneau Rite from being installed into elected offices. The committee argued that if the Grand Lodge had "sovereign power and authority" within its jurisdiction per Article XXXIX of the Ancient Constitutions (1721) - "Every Annual Grand-Lodge has an inherent Power and Authority to make new Regulations, or to alter these, for the real Benefit of this ancient Fraternity: Provided always that the old Land-Marks be carefully preserved - then the Grand Lodge had the right to decide what regular Masonic bodies are, and which ones it could recognize. Therefore, the committee adopted the following resolutions:

Resolved, That this Grand Lodge declares its understanding of the law in relation to its powers and authority over the Craft within its jurisdiction to be:

Resolved, That this Grand Lodge affirms the well-established doctrine that it is a violation of the jurisdictional rights of any Grand Lodge or other Grand Body for a foreign organization of the same grade or rite to establish subordinates within the jurisdiction of such Grand Body, and it is due as well to Masonic comity as to the watchful care of our own rights that all attempts of such a nature shoudl meet with the stern disapproval of this Grand Lodge.

The committee provided a wealth of examples of decisions by various Grand Lodges asserting their right to recognize, or declare clandestine, bodies outside of Ancient Craft Masonry due to this sovereignity and authority argument. The report was adopted and the petitioners were given "leave to withdraw." 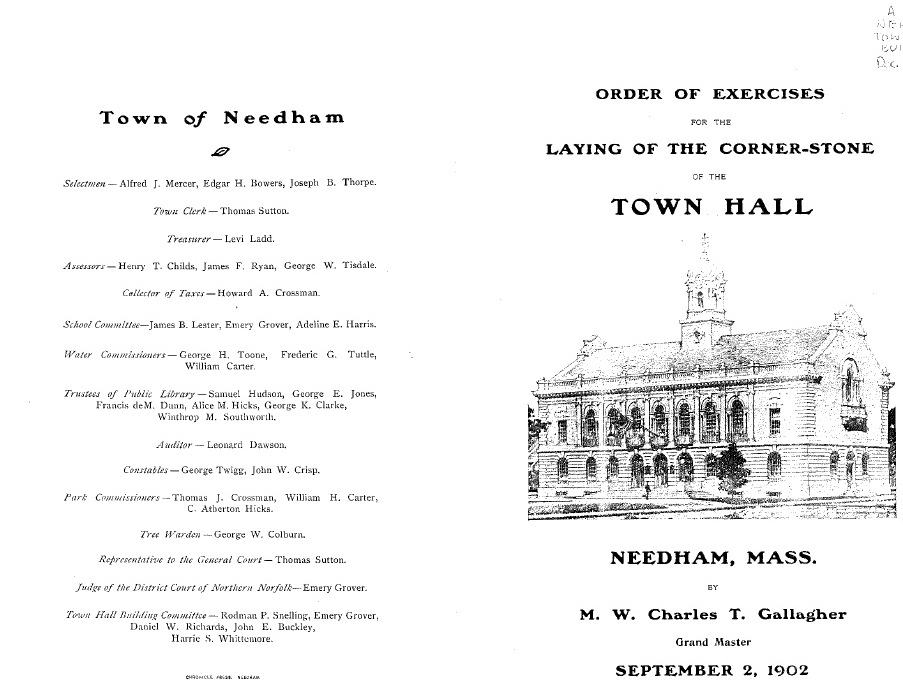 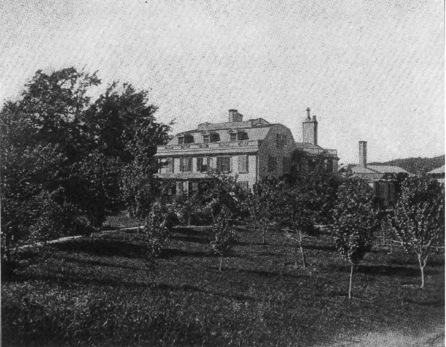 An essay prepared by Capt. and Bro. R.G.F. Candage, a charter member of Beth-Horon Lodge, prepared a paper on the life of Jeremy Gridley, Past Grand Master;. The house (depicted above and opposite Page 1902-295) was built in 1740. The biography of Gridley begins on Page 1902-305.

There were 28 districts in Massachusetts in 1902, as well as districts for Chile and China.