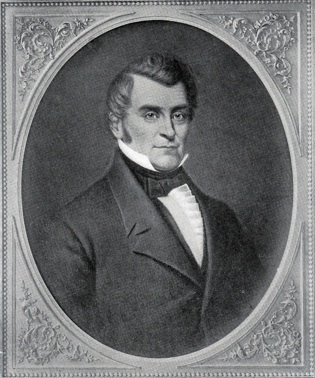 According to previous arrangements, on Thursday, the 14th inst., at half past 11 o'clock, the procession moved from Faneuil Hall, through Merchants' Row, up State, Court and Tremont streets, to the site of the Temple, between St. Paul's Church and Washington Garden. The Stone was laid with the usual ceremonies; after which the Rev. Mr. Sabine, offered up a prayer. Mr. Joseph Jenkins, G. M. then delivered an eloquent and impressive address. After the address the procession formed again, and marched through Tremont and Court streets, Cornhill, Dock Square to Faneuil Hall.

In the afternoon a dinner was provided in Quincy Hall, of which about four hundred Masons partook. The day was uncommonly fine, though ushered in by one of the most violent thunder-storms, we have been visited with for the year past; every thing the day previous seemed to forbode an uncomfortable time for the procession; but when the day arrived the clouds which had frowned upon the earth were scattered by tbe sun's bright beams, and all nature seem'd to smile again. — The Grand Masonic March we think one of the most inspiring and effective, that we have ever heard: Mr. Zeuner deserves the highest praise for this specimen of his musical talent. There were over two thousand Masons in tbe procession.

We copy the following paragraph from the Commercial Gazette of yesterday.

The procession, was composed of about two thousand persons, and a more respectable body of individuals we never have seen together in this city We noticed in the procession several aged men, among them the Rev. Dr. Ripley of Concord, and Major Melvill, two patriots of the revolution. Tbe appearance of this procession was at once rich and imposing; and among those who swelled its ranks were hundreds of our most intelligent and influential merchants and mechanics; gentlemen whose names and characters would confer an honor to any institution in this or any other country. And we will remark farther, that there was apparently as much mind in the procession, as is usually found among any body of the same magnitude. We were not a little surprised te see so many of our old friends in Masonic ranks, who, until yesterday, were not known to us as members of the much abused institution. We hope that our antimasonic neighbors obtained a 'good place to see the review.' It was certainly worth seeing, and worth remembering too.

LIST OF LODGES BY DISTRICT (with date of precedence): 1830 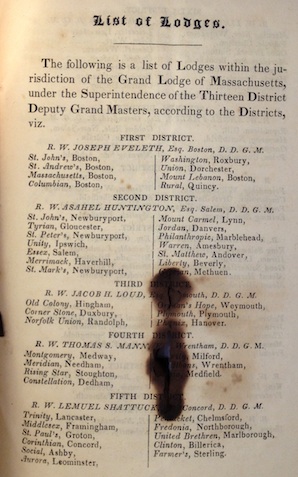 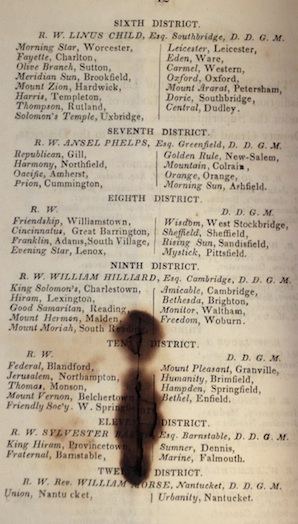