Difference between revisions of "JLHutchinson" 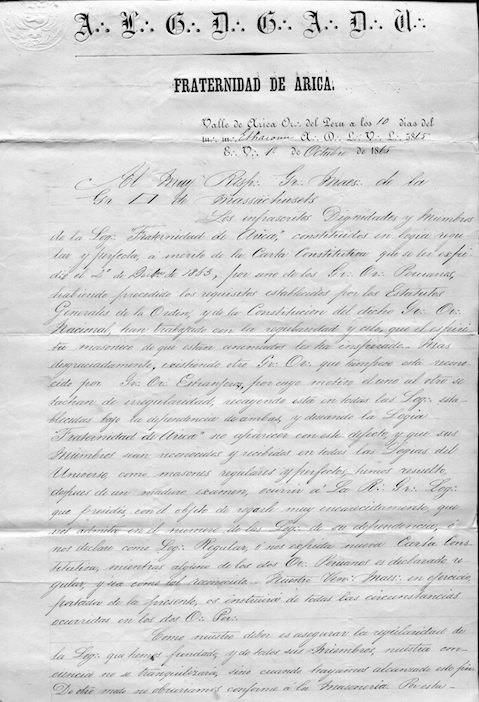 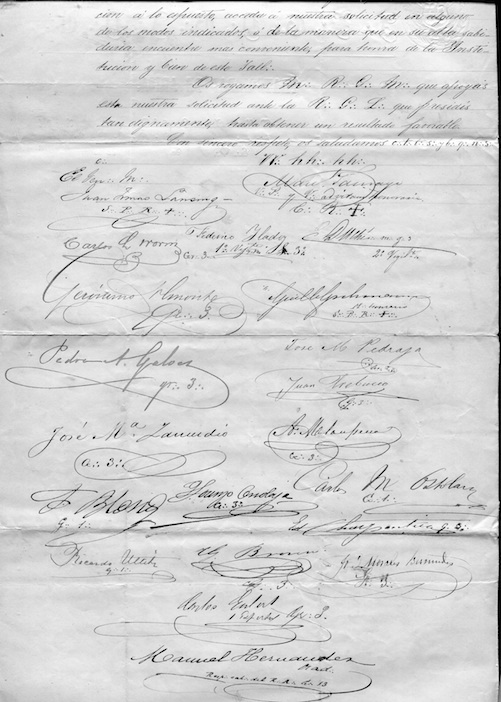 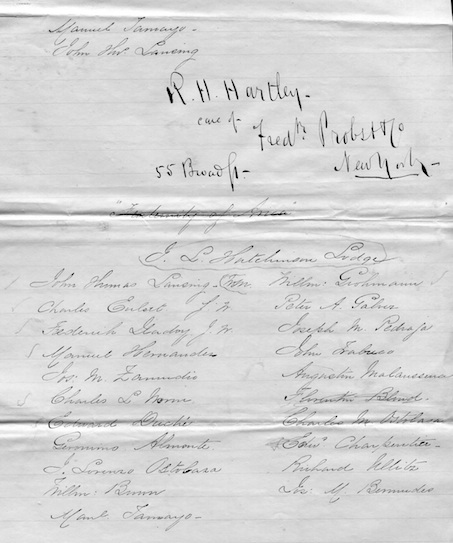 Information on this lodge is included in the Grand Master's Address in June, 1869 (Page VII-323 and after). The lodge was granted a dispensation on 21 February, 1866, and a Special Deputy, Bro. Richard Hartley of Lima, was appointed by Grand Master Charles C. Dame.

From Grand Master William Sewall Gardner's address "So far as I can learn this Lodge has never applied for a Charter, and we are in receipt of no report concerning it from the Deputy." In the summer of 1868 Arica was destroyed by a massive earthquake and tsunami; further inquiry showed no evidence of the former lodge; indeed, the Grand Master remarked that "The authorities have allowed things to come to such a pass that they are now at the mercy of the rabble. Words cannot describe the state of affairs in Arica. The town is like the carcass of an animal being torn to pieces by dogs and vultures, who quarrel and fight over their prey."

In December, 1866, Grand Master Dame announced in his annual address before the Grand Lodge that on the 21st of February he granted a Dispensation to Brother John Thomas Lansing, the American Consul, and nineteen other Brethren, to form a Lodge at Arica, in the Republic of Peru, under the name of J. L. Hutchinson Lodge, and had appointed the R. W. Brother Richard Hartley (Secretary, Supreme Council 33°, for Peru), of Lima, District Deputy Grand Master for that State. No returns have been received from this Lodge, nor are your committee in possession of any information as to its past history or present condition, if indeed it be now in existence. But as the town in which it was located, was entirely destroyed by the earthquake which made such frightful havoc on the coast of Peru in 1868, it may not be unreasonable to infer that the Lodge was swept away by the same terrible calamity. Your committee, however, recommend that the Grand Secretary be directed to communicate with the Deputy of the District on the subject.