Difference between revisions of "MAGLRWBurgess" 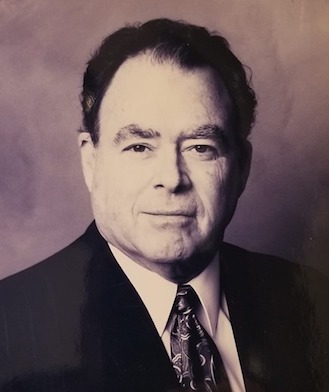 U.S. Veteran Richard Welton Burgess, a resident of North Reading for 51 years and Zephyr Hills, Florida, died July 31, 2019 at the Winchester Hospital. He was 79 years of age.

Richard was born in Boston, Massachusetts on December 19, 1939 the son of the late Welton M. and Maxine L. (Butman) Burgess. Richard proudly served his country in the U.S. Army. He was the Director of Public Relations for the Shriners Hospital for Children in Boston. Richard was very active in the Masons. He was a member of both the North Reading Lodge and Good Samaritan Lodge of Reading of which he was a Past Master. He was a past District Deputy Grand Master, past Deputy Grand Master, a member of the York Rite and Aleppo. He was also a retired Shriner Clown; Salty the Clown and was the editor of Clown Alley. He was active in the North Reading DeMolay chapter, past President of North Reading Little League and as a hobby sculptured clown figurines.

Richard was the beloved husband of Dea-Ann (Kerr) Burgess. Devoted father of Kevin Burgess of Nashua NH and his partner Darlene Westhelle of Ocean Twp. NJ, Scott Burgess and his wife Laurette of North Reading, Timothy Burgess of Newburyport and Christopher Burgess and his wife Monica of Byfield. Cherished brother of Cindy Solomon and her husband George of Ocean Park ME. Loving grandfather of Eric and Karyn Burgess, Sarah Lally and her husband Michael, Jonathan, Eleanor, Ania, Kyana and Sasha Burgess and loving great grandfather of Paityn Lally. Father in-law of Doreen Burgess and her partner Bill Wood of Manchester NH. He also leaves his beloved dog, Lucy.

A Funeral Service celebrating his life will be held at the Douglass, Edgerley and Bessom Funeral 25 Sanborn St. (corner of Woburn St.) Reading on Friday, August 9, 2019 at 11:00am. Burial is private. Visiting hours will be held on Thursday, August 8 from 4:00-8:00pm with a Masonic Service at 7:00pm.

In lieu of flowers contributions may be made in Richard’s memory to the Shriner’s Hospital for Children 51 Blossom St. Boston MA 02114 or the Wakefield-Lynnfield United Methodist Church 273 Vernon St. Wakefield MA 01880.