Difference between revisions of "MAGLJnFlint" 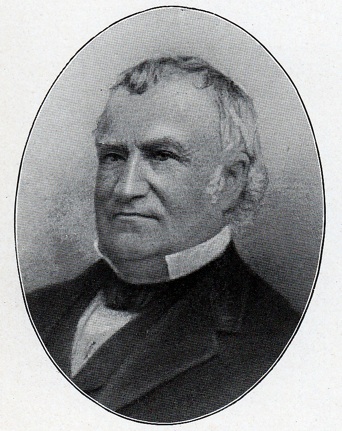 The death of this excellent Brother occurred on the 8th inst., at his residence in Boston, after an illness of about four weeks, terminating in Bright's disease of the kidneys. He was born in Leicester, Mass., in 1803, and educated at the Academy in that town. In 1826, he received the degree of M. D. at Harvard University. In 1829 he joined the Massachusetts Medical Society anil commenced practice in Boston, where he has continued ever since. He was for many years a very faithful and efficient member of the Board of Overseers of Public Institutions of the city of Boston, and had held other.responsible positions in public life. But he was best known as the kind-hearted, genial and devoted physician.

Although he never aspired to great professional eminence or distinction, he enjoyed the unbounded love and confidence of a large circle of clients, who had been cheered in sickness and sorrow by his kindly look, his sweet smile and gentle voice. His presence in a sick chamber was like a ray of sunshine in a dark room, and seemed rather that of the sympathetic friend than of the paid physician. His loss will be sincerely mourned by a large circle of friends who had learned to love him for his modest virtues. He was a devoted and zealous Mason, having been initiated in St. John's Lodge and serving as Its Master in 1839. He was Junior Grand Warden in 1852.

His funeral took place on the 12th inst., the Masonic Fraternity being represented by delegations from St. John's and Winslow Lewis Lodges, St. Paul's Royal Arch Chapter, Boston Council of Royal and Select Masters, Boston Commandery of Knights Templars, and the Grand Commandery of Massachusetts and Rhode Island. The remains were interred at Forest Hills Cemetery.