Difference between revisions of "MAGLFVogel" 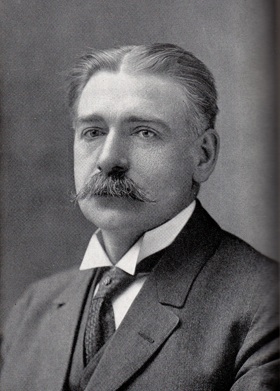 Brother Vogel was educated in the Boston Latin School and Harvard University, from which he received the degree of Bachelor of Arts in 1887 and Master of Arts in 1892. From Harvard he went to the University of Heidelberg for further study.

On graduation from Harvard he took up teaching, first at a private school in Billerica and later at the Massachusetts Institute of Technology. He joined the staff of the Institute in 1888 as an instructor in modern languages and remained there until his retirement in 1931, rising in rank until he became head of the department of modern languages in 1909.

His Masonic services were many and distinguished. He joined Lafayette Lodge of Roxbury in 1904 and was its Master in 1911, 1912, and 1913. He affiliated with Germania Lodge in 1911, was a Charter member of Euclid Lodge, a Charter member and first Master of Richard C. MacLaurin Lodge, and a member of The Harvard Lodge, with which he affiliated in 1928.

He was a member of Mount Vernon Royal Arch Chapter, a member and Past Illustrious Master of Roxbury Council, a member of Joseph Warren Commandery, and a member of the Boston Scottish Rite bodies.

His life was one of wonderful activity and great achievements, and he will be missed and lamented in many circles where his helpful activity made itself felt.

In the passing of R.W. Brother Vogel our Commonwealth loses a leading citizen and educator and our Craft loses one of its most devoted, active, and useful members. His life was the quiet, uneventful life of the scholar, yet filled with intense activity. He was born in Boston, March 15, 1863, the son of George and Caroline (Becker) Vogel, both natives of Germany. He prepared for college in the Boston Latin School and went to Harvard, where he received his A.B. degree, cum laude, in 1887. Harvard gave him the degree of Master of Arts in 1892 and he studied at Heidelberg University, Germany, in 1893 and 1894.

Teaching was his chosen vocation. His first brief service was at Mitchell's Military Boys' School, at Billerica. In 1888 he joined the staff of Massachusetts Institute of Technology as instructor in modern languages. Here he found his life work. Promotion came to him steadily. He became Assistant Professor in 1892, Associate Professor in 1899, full Professor in 1904, and head of the Department of Modern Languages in 1909. Here he remained until his retirement in 1931. ln 1902 and 1903 he was an Instructor at Simmons College. He was a reader and chief examiner in German for the College Entrance Examination Board from the founding of the Board until his death. He published several articles and text books which are used at the Institution.

His versatile mind turned also to business and politics. He was a Director of the Workingmen's Co-Operative Bank from its foundation. He was. a member of the Republican State Committee of Massachusetts, and an alternate delegate to the Republican National Convention in Chicago in 1912. He was Chairman of the German-American Liberty Loan Commission during the World War. After his retirement from the Institute he accepted an appointment from the Governor as a member of the George Washington Bicentennial Commission.

It is not surprising that such a man as we have described should have been a member of our Fraternity. It is surprising in the extreme that in so busy a life he should have found time for very unusual Masonic activity. He became a Mason in Lafayette Lodge in 1904 and was its Master in 1911. He affiliated with Germania Lodge and The Harvard Lodge, and was a Charter member of Euclid Lodge and a Charter member and first Master of Richard C. MacLaurin Lodge. At the time of his death he had the distinction, rare if not unique in the United States, of being an active member of five Lodges. His membership was not merely nominal. In every case he took a real interest in the Lodge and was in close and vital touch with all its affairs.

On the unexpected and lamented death of our Grand Secretary, R.W. Thomas W. Davis, on December 28, 1914, the Chairman of this Committee, then serving as Grand Master, turned to Brother Vogel for assistance. With his usual readiness to answer any call to service of the Fraternity, he at once agreed to take time from his busy life to serve as Acting Grand Secretary until an election could be held to fill the vacancy, and served with distinguished ability until the March Communication in 1915. ln 1916, he accepted appointment as Deputy Grand Master.

Besides all this he was a member of Mount Vernon Royal Arch Chapter, a member and Past Illustrious Master of Roxbury Council, a member of Joseph Warren Commandery, K.T., and a member of the Scottish Rite bodies in Boston.

Brother Vogel was deeply but unostentatiously religious in his nature. He was a member of The First Church of Christ, Scientist.

Such is the brief record of a strong, noble, and very useful life. It has been said that he who would have friends must show himself friendly. Our Brother showed himself friendly and so he made a host of friends all along the road. The hundreds of students who enjoyed his teaching at the Institute, the great number of his personal and professional associates, the hosts of his Masonic Brethren, all remember him with affection, many of them with deep cause for personal gratitude. He leaves a place in our lives which can never be quite filled.

His funeral was held in the Roxbury Masonic Temple amid the surroundings which were so long dear to him and among the Brethren whom he loved so well. He is survived by his widow, three children, a brother, and two sisters.