Difference between revisions of "MAGLEBlodgett" 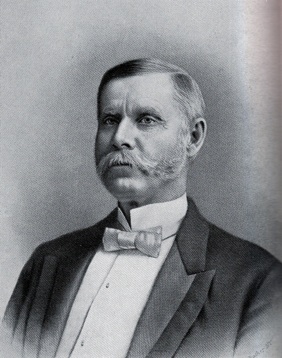 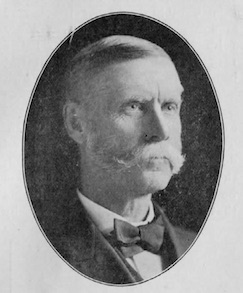 Sir Edwin A. Blodgett, of Springfield, Mass., who was installed R. E. Grand Commander of the Grand Commandery Knights Templars of Massachusetts and Rhode Island, was born in Brookfield, Vermont, July 4, 1851. His ancestors were of old Massachusetts stock: the line is traced direct to Thomas Blodgett who with his wife Susanna and sons Daniel and Samuel settled in Cambridge, Mass. in 1635, coming from Cambridge, England. The Vermont branch of the family was founded by James Blodgett who removed to Randolph, Vermont, from Stafford, Conn., about 1749. When Edwin A. was about two years old his parents, Loren Blodgett and Luthera Marsh, removed to Randolph, Yt., their native town, where Edwin A. received his education in the district schools and the State Normal School located at Randolph. From this last named institution he graduated in 1869.

Two years later, 1871, he began his business career as a clerk in Springfield, Mass., being employed by the lumber firm of Horace Martin & Company. In 1883 he became junior partner in the lumber firm of Day Jobson & Co. In 1898 the firm of Day Jobson & Co. was dissolved and Mr. Blodgett established a wholesale and retail lumber business at 75 Albany St., which he has conducted personally since that time. In politics Mr. Blodgett has been a supporter of the Republican Party and has taken considerable interest in local affairs: in 1898 an 1899 he was a member of the Board of Aldermen, the last year President of the Board and in the Fall of iSoy he was his party's candidate for Mayor but was defeated at the polls.

In Masonry Mr. Blodgett has been active. Raised in Hampden Lodge in 1887, he became an officer in 1888 and Master of the Lodge in 1891; Exalted in Morning Star Royal Arch Chapter in 1888 he became it High Priest in 1891; of Springfield Council Royal and Select Master he was Thrice Potent Grand Master in 1893-94. Connection with the Templar Order: Knighted in Springfield Commandery in 1891 he became Captain General that same year and was Eminent Commander in 1896 and 1897. In the wider Masonic field of Massachusetts Grand Bodies he was District Deputy Grand Master of the 16th Masonic District in 1894 and 1895; Appointed Grand Warder of the Grand Commandery of Massachusetts and R. I. in 1897; he has been advanced one place each year to the present time.

In Scottish Rite Masonry he has served at the head of the three bodies located at Springfield, has held the position 2d Lieut. Commander in Mass. Council of Deliberation and Mass. Consistory and in 1904 was created a Sovereign Grand Inspector General 33° and Honorary member of the Supreme Council Northern Masonic Jurisdiction.

The Masonic record of Sir Knight Blodgett is a testimony to his devotion to the principles of our great order and of his ability to serve its interests. In other experiences of life his character is marked by the same fidelity to duty and the same success in performing its obligations. In business his ability and integrity are recognized and approved. Although modest and retiring in manner he is firm in principle and true to his convictions. Among friends and companions his worth is best understood and most truly appreciated.

Right Worshipful Brother Blodgett was born in Brookfield, Vermont, July 4, 1851, and died in Springfield May 31, 1933.

Brother Blodgett was educated in the public schools of Randolph, Vermont, and in the State Normal School of the same town. He entered the lumber business in early life and spent his active years in it. He was a member and president of the Board of Aldermen of Springfield for two years and was Chairman of the Board of Water Commissioners from 1915 to 1932.

He took his Masonic degrees in Hampden Lodge in 1886 and 1887 and was its Master in 1891. He was one of the founders of Esoteric Lodge in 1909. He served in Grand Lodge as District Deputy Grand Master for the Sixteenth Masonic District in 1895 and 1896, by appointment of Most Worshipful Edwin B. Holmes, and as Deputy Grand Master in 1911, by appointment of Most Worshipful Dana J. Flanders. He was elected a Trustee of the Masonic Education and Charity Trust in 1911 and served in that position until his death.

He was Grand Commander of the Grand Commandery of Massachusetts and Rhode Island in 1905-06, and was coronetted an Honorary Member of the Supreme Council, thirty-third degree, in 1904. Brother Blodgett's long and active life was devoted to the service of his fellow men, and they recognized his service by bestowing upon him many honors, and, which was of far more worth, an unstinted measure of respect and affection.

Brother Edwin Augustus Blodgett died at his home in Springfield, Massachusetts, on Wednesday, May 31, of this present year. He was a very distinguished Mason and toward the end of his life, at any rate, Masonry was not only his dominating interest, but apart from his family, his only interest.

He was born in Brookfield, Vermont, on Independence Day, in 1851. So it will be seen that he attained the age of eighty-two years less only a month and four days. He was the son of Loren and Luthera (Marsh) Blodgett. His early education was received in the elementary and high schools of his home town.

Brother Blodgett was engaged in the lumber business, first as an employee of Marsh & Murray, then as a member of the firm of Day & Jobson Company, and later as head of the firm of Edwin A. Blodgett Lumber Company.

He was initiated in Hampden Lodge December 21, 1886, passed January 25, 1887, and raised March 15, 1887. Brother Blodgett became Master of his Lodge in an almost unbelievably short time, going to the East in 1890. He was also instrumental in the founding and one of the Charter members of Esoteric Lodge. He served as District Deputy Grand Master for the sixteenth Masonic District in 1894 and 1895, and in 1911 was appointed Deputy Grand Master. For twenty-one years he was a Trustee of the Masonic Education and Charity Trust of the Grand Lodge of Masons in Massachusetts.

In the York Rite he advanced as follows: Capitular Degrees in Morning Star Royal Arch Chapter in 1888. In the Chapter he made the same spectacular journey to the East that he had made in the Blue Lodge, becoming High Priest of that body in 1891. He received the degrees in Springfield Council of Royal and Select Masters in 1888 and served as its Thrice Illustrious Master during the years 1893 and 1894. He was knighted in Springfield Commandery No. 6, K. T. in 1890 and was its Eminent Commander in 1896 and 1897. He was appointed Grand Warder of the Grand Commandery of Massachusetts and Rhode Island in 1897 and served in the various offices until in 1905 he was elected its Grand Commander.

In the Scottish Rite he received the Ineffable Degrees in Evening Star Lodge of Perfection in 1890, and served as its Thrice Potent Master in 1895-6-7-8-9. He received the 15th and 16th degrees in Massasoit Council, Princes of Jerusalem, in 1891 and was its Sovereign Prince in 1899, 1900, and 1901. He received the 17th and 18th degrees in Lawrence Chapter of Rose Croix, Worcester, in 1892. He was one of the petitioners and Charter members of Springfield Chapter of Rose Croix and chosen as its Most Wise Master in 1901-2-3. He received his 32nd degree in Massachusetts Consistory at Boston in 1892 and was Second Lieutenant Commander in 1901-2-3 and was later a Charter member of Connecticut Valiey Consistory in Springfield. He served as Second Lieutenant Commander of Massachusetts Council of Deliberation in 1897 and 1898. Brother Blodgett was coronetted a Sovereign Grand Inspector General, 33°, and made an Honorary Member of the Supreme Council, N. M. J., September 20, 1904.

In presenting this report, the members of the Committee feel that they are telling the story of one who unselfishly devoted himself to the work of the Craft. And they also feel that the spreading of the story of his life on the minutes of the Grand Lodge will challenge the emulation of many of his younger Brethren.

FROM COUNCIL OF DELIBERATION, 1933 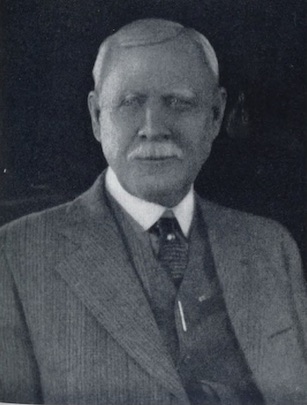 From Proceedings of the Massachusetts Council of Deliberation AASR NMJ 1933, Page 63: