Difference between revisions of "GMWCoolidge" 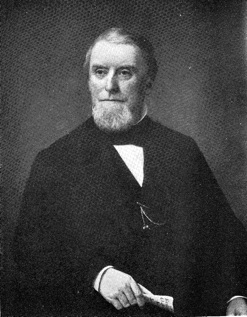 WILLIAM D. COOLIDGE, Past Grand Master of this Grand Lodge, who died at his residence in Newton Centre, on Saturday, September 10, 1885, was born in Boston, February 15, 1808. He was Grand Master of Masons during the years 1861 and 1862, holding in previous years the positions of Grand Steward, Grand Sword-Bearer, Grand Marshal, District Deputy Grand Master in 1857, '58, and '59 (District 1), and Junior Grand Warden in 1860 ; thus exhibiting a remarkable record of continued appreciation and official advancement, culminating in his election, installation, and record as Grand Master. He was an exceedingly genial, warm-hearted, loving Brother, greeting every one in a manner at once assuring and cordial. He seemed almost to live upon Masonry and love of mankind.

His last service to this Grand Lodge was the preparation and presentation of resolutions upon the death of R.W. Peter C. Jones, an intimate associate and immediate predecessor as Master of Columbian Lodge. His funeral was attended by Officers of the Grand Lodge, in Special Communication. The burial-service was rendered by the Grand Master and Wor. Rev. Fielder Israel, assisted by other Grand Officers and by Columbian Lodge, of Boston.

This Grand Master also granted dispensations for Army Lodges that worked during the Civil War.